Winston is an American Saddlebred Horse and for such a young, green horse is doing well in the arena. He started off in Country Western Pleasure and is expanding into showing in Huntseat, which seems to be his nitch. We are proud to have Dena Lopez of Versailles, Kentucky as his trainer. She is riding him in the photographs below, but David A. Bruce, his owner, will eventually be his rider.

In categories Uncategorized Tagged with American Saddlebred Horse with no comments 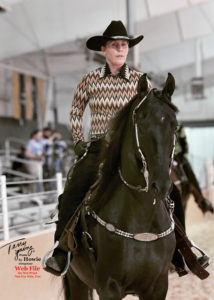 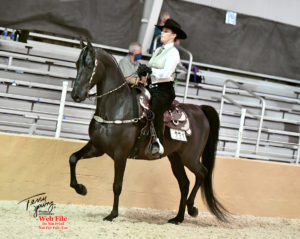 Winston, as he is lovingly called, participated in the 78th Annual Bridlespur Society Horse Show in St. Louis, MO ridden by his trainer Dena Tanner Lopez of Double D Ranch, Versailles, KY. He showed in ASB (American Saddlebred) Western Pleasure Prospect and came away with Reserve Champion in the Championship class. He is a young and beautiful horse who will go far with David Bruce as his owner and rider in the future. This was his fist exhibition and because of the covid virus most shows have been cancelled or pending. This horse show was sold out with hundreds of entries, so we are very pleased with his first attempt and his wonderful training.

Winston’s Sire is Seraph and his dam is The Night Airs owned by Paradise Farms, Scott Gonyaw. 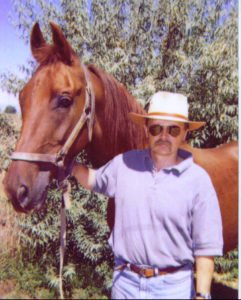 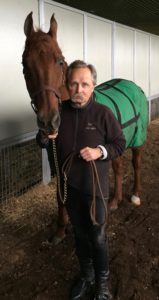 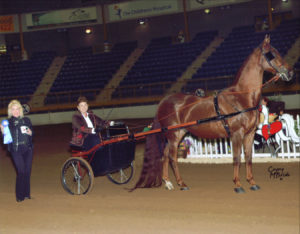 “Diamond’s Crown Royal” was euthanized today in Kentucky. Crown, as he was lovingly called, was a very special American Saddlebred Horse. He was almost 28 years old and was stubborn and lovable. He pulled at your heart. Crown was David’s very first horse, and they used to trail ride together. He was not an easy horse, but a very brave horse. He loved playing polo soccer with other horses using a huge ball. He was a terror at the game when younger.

Crown had a very unique characteristic called “Birdcatcher spots,” or white coat markings. These are small random spots that come and go spontaneously and may reappear in other parts of the body. The spots are named after an Irish, red thoroughbred stallion named Birdcatcher in 1833. They appear to run in families and may be genetic.

Crown added great joy to our lives, and it is hard to let go. We are grateful he was part of our family for so many years.

Red Raven Farms is named after the line of Crown’s mother. The dam of Crown’s mother was “The Red Raven.” That may be where he inherited his beautiful rich, dark red chestnut color. Never seen another horse like him. His Sire’s line was “Worthy Son” and “Supreme Sultan.”