Marijke, sometimes called “Mickey,” was a big, beautiful Friesian mare. She was born in the Netherlands and imported to the United States. She even had a passport. She had been trained by various trainers through out her lifetime, but did not connect well with owners, trainers, and especially other horses. She had one foal, but we do know know much about her.

Marijke was an alfa mare and over 17 hands big. People were often afraid of her size because it was difficult to handle such a large horse. Then, she met David Bruce and he fell in love with her magnificent size and beauty and fantastic hand gallop. They connected in the ring and on the ground. He never had any fear of her, and she followed him around the arena without a lead. In the show ring, they won many championships together in Western Pleasure and Huntseat. She won the hearts of many at the National Western Stock Show in 2015 (Denver, CO) when she took the Classic Open Championship. The classes were huge, but she took the prize which was unusual at that show for a Friesian. David and Marijke won a jacket to commemorate the event.

Marijke was a great driving horse, as well.

The loss of this wonderful animal can never be overstated. She touched the lives of many with her beauty, white eyebrows, and curious soul. She will be forever, forever missed and mourned as one in a million. We are grateful and blessed to have been her family. She died in Kentucky where she finally got to be out with other horses in a paddock part of the day, something no one ever thought possible. She finally got a taste of freedom not tied to a stall. Thank you, God, for letting us have her!! 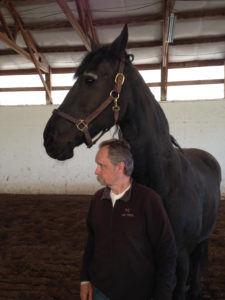 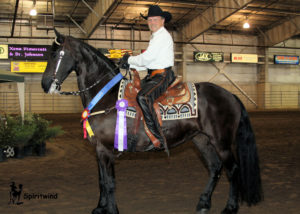 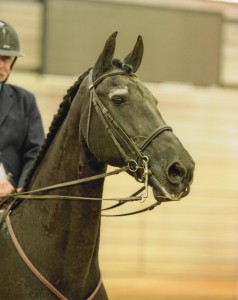 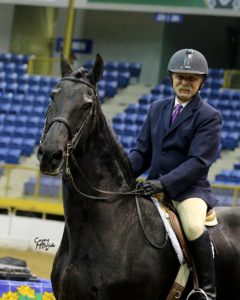 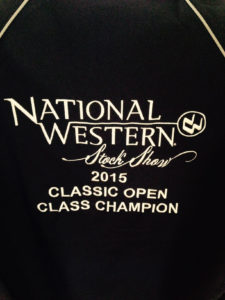